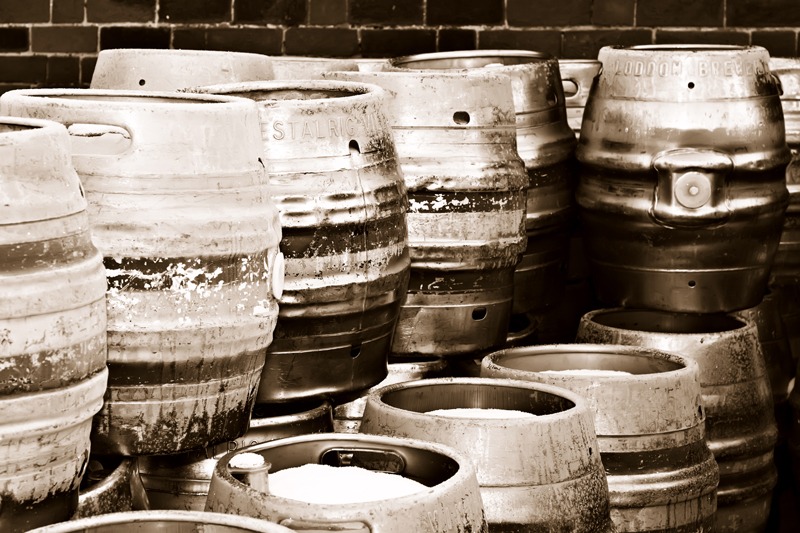 Loddon Dispels The Myths Around Beer

Myths- the bane of many an existence. Unfortunately, old superstitions have given way to modern incarnations that many people believe, take the five second rule as an example, the ‘fact’ that lightning doesn’t strike twice or the notion that a penny dropped from a Skyscraper would kill you.

They’re all myths and whilst we imagine the last one has prevented many a child dropping quarters off the Empire State Building, not all of these fallacies are useful.

We recently stumbled across an excellent blog by beer advocacy group There’s a Beer For That, in which the group dispelled a few ‘British’ myths that surround beer.

The first myth that the group tackled was the idea that wine is a less calorific alternative to beer. Whilst this may be the case with lager- where the average pint contains around 260 calories- when it comes to beer it’s not quite the case.

On average, a small glass (175ml) of wine contains 141 calories compared to a half pint of beer with 91 calories- quite a significant difference. Interestingly, that also puts half a pint of beer below a tall latte which comes in at 95 calories.

A large glass (250ml) contains 197 calories compared to the average pint of beer which comes in at 182 calories.

Not quite as significant, but we haven’t doubled the volume of the wine and it’s nice to dispel that myth!

QI’s alarm bells would be ringing and a bemused Stephen Fry shaking his head.

Yes there is sugar in beer. But how does it compare to the amount that’s in Cola?

No, fortunately. Beer contains an average of 2.5g of sugar compared to cola’s 34g. If you’re not surprised by this, then you certainly will be by the fact that 25% of Brits believe beer to have more sugar than a cola.

If we look at some other popular drinks and how they measure up, beer comes out glowing. Take a Frappuccino with 35g of sugar or how about the seemingly innocuous Chai tea- 21g.

“Alright! but beer will make you fat.”

Beer is calorific, but so are plenty of other drinks people consume without a second thought. As with anything, beer is fine when you drink it in moderation. It’s excess calories across the board that make you overweight.
Enjoy a guilt free Loddon- you’ve earned it!