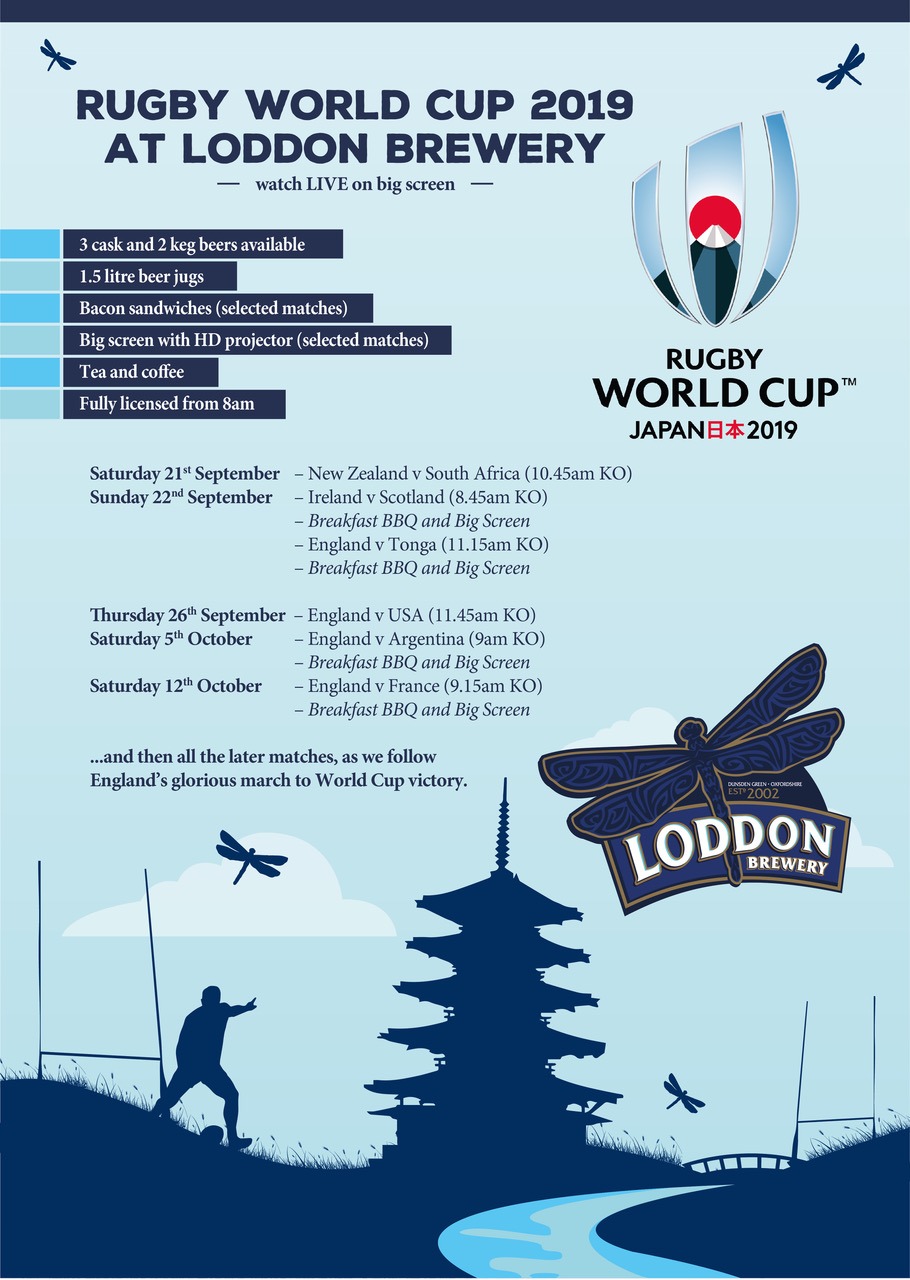 There’s just a week to go until the Rugby World Cup – and we’re showing it live!

And on Sunday 22 September we’re opening the brewery to show two huge games on the big screen – Ireland v Scotland (KO 8.45am) and England v Tonga (KO 11.15am)

For selected matches, we’ll be firing up the BBQ for bacon sandwiches and for those who fancy an early pint, the beer will be flowing – with 1.5l beer jugs for the table available. We’ll also have tea, coffee and soft drinks for the more sensible among us.

Tell your friends, put the date in your diary and let’s cheer England on to World Cup Glory (maybe).

We’ll also be showing almost every other game live in the taproom – check the list below for the games!

Beer, rugby and bacon sandwiches at your local brewery – what could be better?!